First introduced in 2014, the Vanguard is retro-inspired and infused with contemporary touches – a re-imagination of what the dive watches used by frogmen in the ’40s could have evolved into.

​The Vanguard has retained its distinctive character over the years and stayed faithful to the minimalist design of the earliest Gruppo Gamma timepieces.

2022 introducing the Mk I Vanguard

The Vanguard’s raison d’être is to be the ultimate tool watch. The timepiece stands out with its strong afterglow, using Swiss Super-LumiNova of the highest grade that provides darkness visibility like no other. Italian leather straps are fitted as standard issue, although being one of the most versatile “strap eaters” the Vanguard is likely to see many strap changes once it’s in your collection.

INTRODUCING THE MK I VANGUARD

In 2021 Gruppo Gamma decided to surface the Mk I Vanguard, an old-school, retro-inspired interpretation that’s based heavily on the same early design that spawned the Peacemaker. This design in fact preceded those of the Vanguard models that we’ve been rolling out since 2014; it was a design that we decided not to put into production at the time.

The Mk I Vanguard collection is entirely powered by Swiss mechanical movements. ETA is the largest Swiss movement manufacturer in the world and access to its movements by independent brands is very limited if at all possible, but we were able to acquire these movements in small quantities and these have found their way into our Mk I Vanguard.

4th of January 2022 – preorders are open, availability is limited, make sure you don’t miss the watch you want 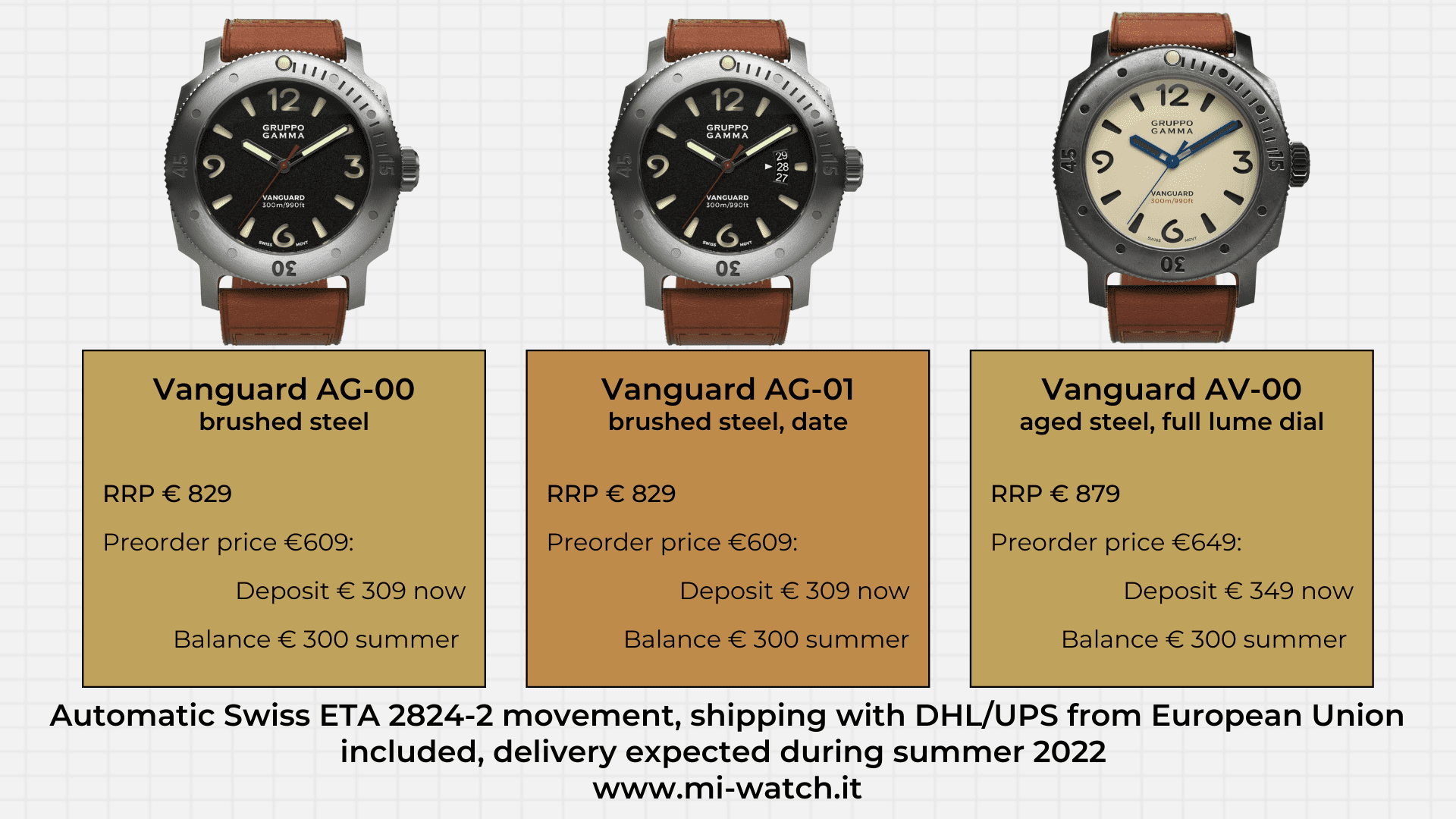 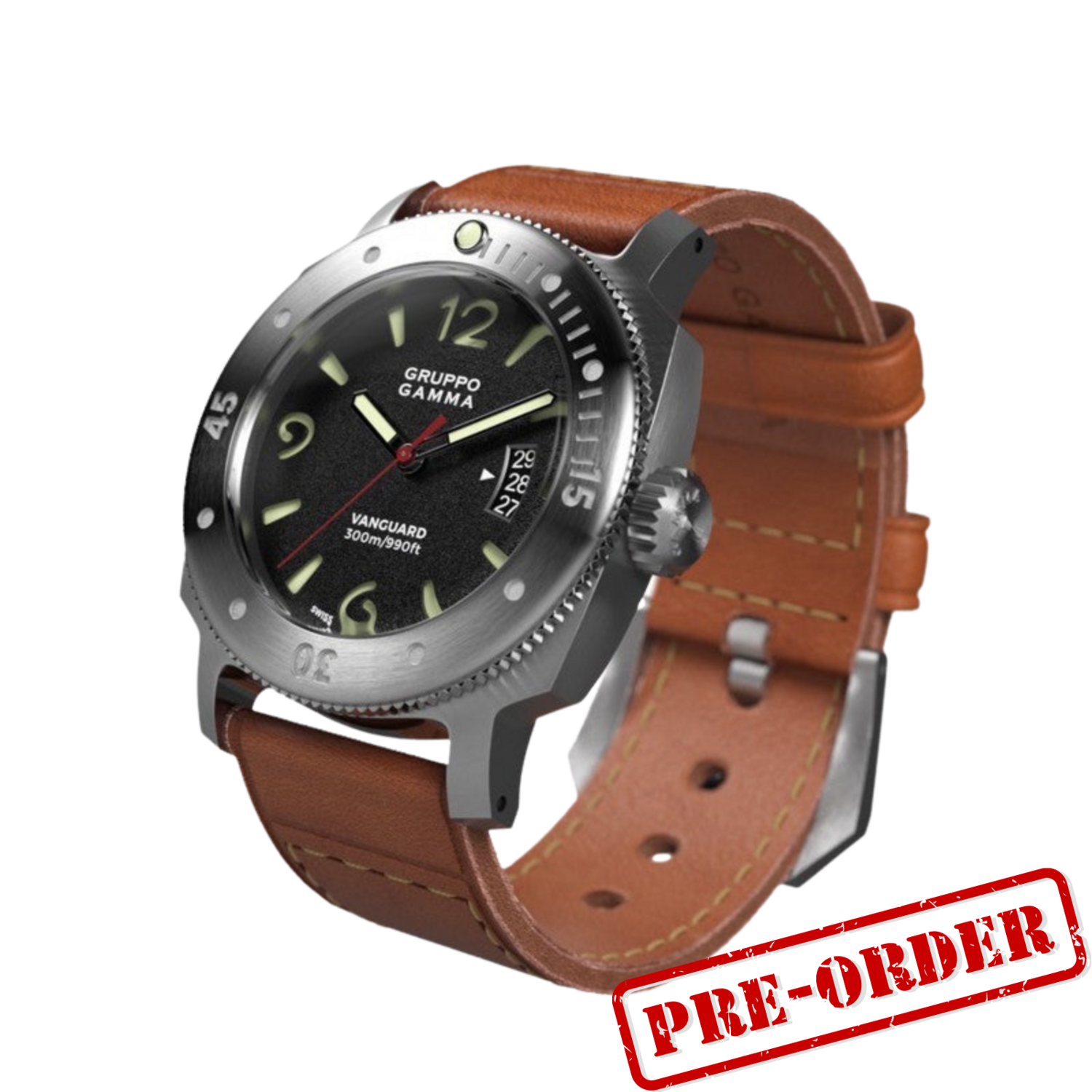 Kindly note production version may slightly differ from the render and from prototypes pictures.

DHL Express shipping or equivalent is included in the price. No promotions are applicable to this iteam as it already has a preorder discount.

You may choose to cancel your preorder at any time. For preorders cancelled by you, we charge a 10% re-stocking fee and this will be deducted from the refund to you. Alternatively, to avoid the re-stocking fee you can ask for a store credit equal to the amount you paid.

Save this product for later
Display prices in: EUR
Open chat