Welcome to Mi-Watch.it
We are proud to sell exceptional watches, handpicked for you by us. We’re a family sharing our passion for watches. On our website you can find the legendary Gruppo Gamma watches from Singapore – we’re an Authorised Dealer. All our watches are shipped from European Union with DHL or UPS.

Gruppo Gamma decided to surface the Mk I Vanguard, an old-school, retro-inspired interpretation that’s based heavily on the same early design that spawned the Peacemaker. This design in fact preceded those of the Vanguard models that Gruppo Gamma has been rolling out since 2014; it was a design that was not to put into production at the time. The Vanguard’s raison d’être is to be the ultimate tool watch. The timepiece stands out with its strong afterglow, using Swiss Super-LumiNova of the highest grade that provides darkness visibility like no other. Italian leather straps are fitted as standard issue, although being one of the most versatile “strap eaters” the Vanguard is likely to see many strap changes once it’s in your collection.
We are happy to announce that preorders are open for all 3 variants 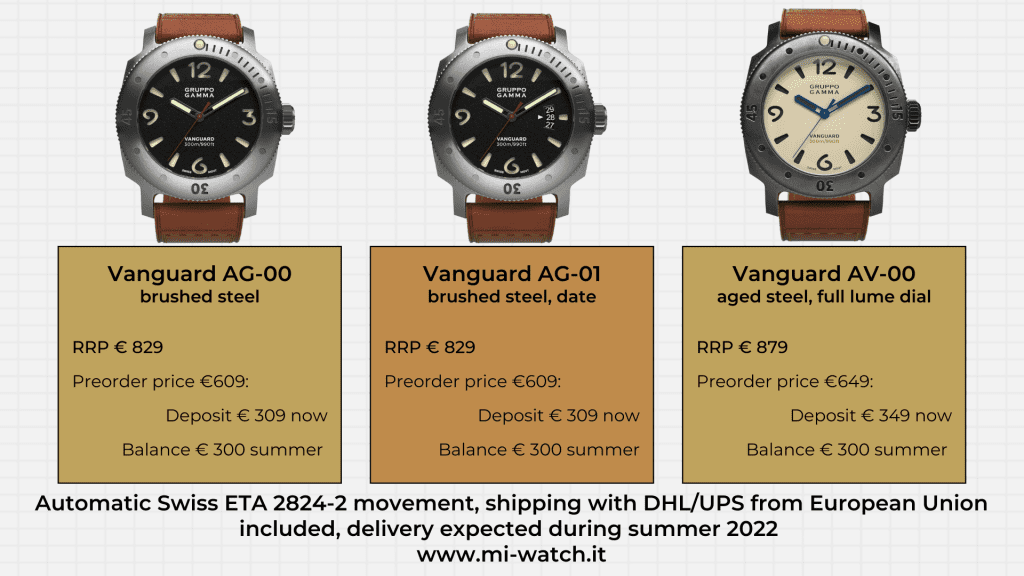 What if I told you we have almost all Peacemaker Mk II collection in stock? We ship worldwide, stocks are limited, so don’t think twice if you are looking for one of most popular models by Gruppo Gamma